“How long, O LORD? Will you forget me forever? How long will you hide your face from me?” Psalm 13:1

If there was anyone who understood what God’s silence felt like it was King David, the man after God’s own heart. Chosen by God as a young boy to rule over Israel, defeater of Goliath the giant Philistine, writer of many of the Psalms, a victor in battle and a true worshipper and lover of God, he certainly was acquainted with the sound of God’s voice. So, can you imagine the ache in his heart and the longing of his soul when God appeared to have gone silent in his life? Can you imagine his desperation to be in God’s presence once again? Pursued nearly unto death on multiple occasions, David remained steadfast in his devotion to the God of Israel. Although he was certainly not without fault, he never failed to return to the Lord in his time of need. His enemies hotly pursued him, and he poured out the cries of his heart to God in prayer.

David had a way with words. As you may already know if you’ve read the Psalms, the cries of David’s heart are so beautifully penned in Scripture, in particular the Psalms that were written in his darkest hours. Psalm 13 displays an utter despair due to his current circumstances that somehow culminates in praise to a faithful God. How does he do that? When God is apparently silent in David’s life causing him to cry out in desperation, how does David resort to praising God in the midst of his storm? How is it possible that David, who is in constant turmoil from the pursuit of his enemies, can offer praise and thanksgiving to the God that he has been striving to hear from and yet has failed to see present in his life?

Like David, I think each one of us can relate to seasons in our own lives where God has appeared to be silent. We cry out, and we hear nothing. We pray and petition for what seems in vain. How do we respond to His silence? How can we respond as David did?

Perhaps it’s as simple as forming a habit of praise.

I tend to think that David instilled such habits throughout his early years, which enabled him to respond in such a way when it really mattered. How else could he approach Goliath with such confidence and boldness? How else could he enter into battle with such courage? He knew that the God of Israel went before him and was on his side. Therefore, he had a reason to praise. He had a reason for thanksgiving. If nothing else, he knew that God was his defender. David was certain of whose he was, and so he acted accordingly. He defaulted to praise. So, when God fell silent in his life, David knew to rehearse His faithfulness. David was well-acquainted with the steadfast love and kindness of the Lord because he had experienced it on numerous occasions, as have you and I. He was able to still sing to the Lord because he chose to remember God’s faithfulness to him in his past, and he chose to trust in the God who never changes. David refused to allow his shifting and changing circumstances to alter his understanding of God’s unchanging character. Simply put, David had developed a habit of praise.

What habits have you formed in your relationship with God? Do you only approach Him with requests when things get tough? Or have you developed a habit of praising Him in both the good and the bad times? David set an excellent example for us all. He didn’t stop crying out to God in his need, but he also didn’t stop praising the God who deserves our praise despite his need. 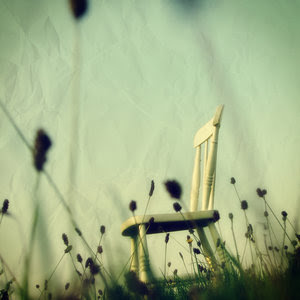